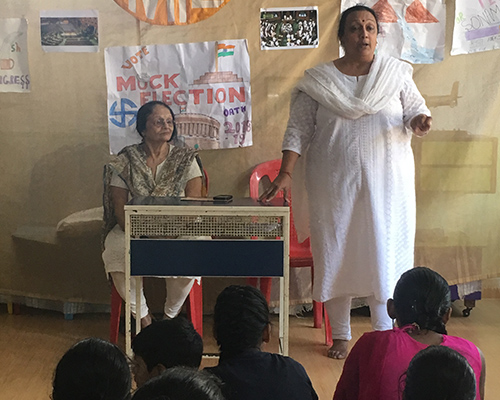 SMILE organized a ‘Mock Parliament Programme’ for children under the UDAAN programme with the aim of creating awareness among them on various aspects of the political process.

The participants learnt how an election take place and how leaders conduct their propaganda campaigns. Finally, they were also given a perspective on how to choose the right leader.

As part of the exercise, the children were divided into four different political parties, e.g. – Shiv Sena, BJP, Congress and Pen.

After the BJP and Shiv Sena were declared winners, as oath ceremony was held for the elected candidates.

Municipal Councillor Mrs. Jyotsnaben Mehta was an honoured guest at the programme.